Kevin is a planetary scientist/astrobiologist at JPL working on numerical modeling and laboratory investigations concerning the physics and chemistry of icy moons and ocean worlds in the outer solar system. His work focuses on the spectroscopy and spectrometry of radiation processed ices that simulate the surfaces of ice-covered moons of the outer solar system.

Kevin is also the Pre-Project Scientist for the Europa Lander Mission Concept, which is currently in Pre-Phase A development. He was also a co-chair of the 2016 Europa Lander Science Definition Team. Prior to these roles, he served as Deputy Chief Scientist for Solar System Exploration, where he helped guide JPL's future for the robotic exploration of our Solar System. Kevin has worked closely with NASA Headquarters and educated members of Congress and the public about the value of solar system exploration. He served on the Science Definition Teams for Europa Flagship mission studies, and has worked on several instruments for solar system exploration, including an active mid-infrared micro-Fourier Transform spectrometer that was field tested in Antarctica and proposed for the instrument suite on MSL. He was a scientist onboard James Cameron's 2012 dive to the bottom of the Mariana Trench, and he was part of a 2003 expedition to hydrothermal vents in the Atlantic and Pacific oceans. He has made nine dives to the bottom of the ocean.

Bob was the Principal Investigator of the Galileo mission's infrared spectrometer (NIMS), which revealed much of the key compositional information that now motivates a lot of the research conducted in the Ocean Worlds Lab. Bob also ran the NIMS lab at JPL, the space for which has now become the Ocean Worlds Lab.

Bob was a Supporting Investigator on the ESA Venus Express Mission, and a Co-I on the Rosetta Visible, Infrared, and Thermal Imaging Spectrometer (VIRTIS). Although Bob has retired from JPL, he continues to work in the lab designing and building new and innovative systems, and performing experiments related to ices and minerals in our solar system. Bob served as Editor in Chief for the Journal of Geophysical Research - Planets (from Dec. 2006-February 2011), and is a Fellow of the American Geophysical Union. 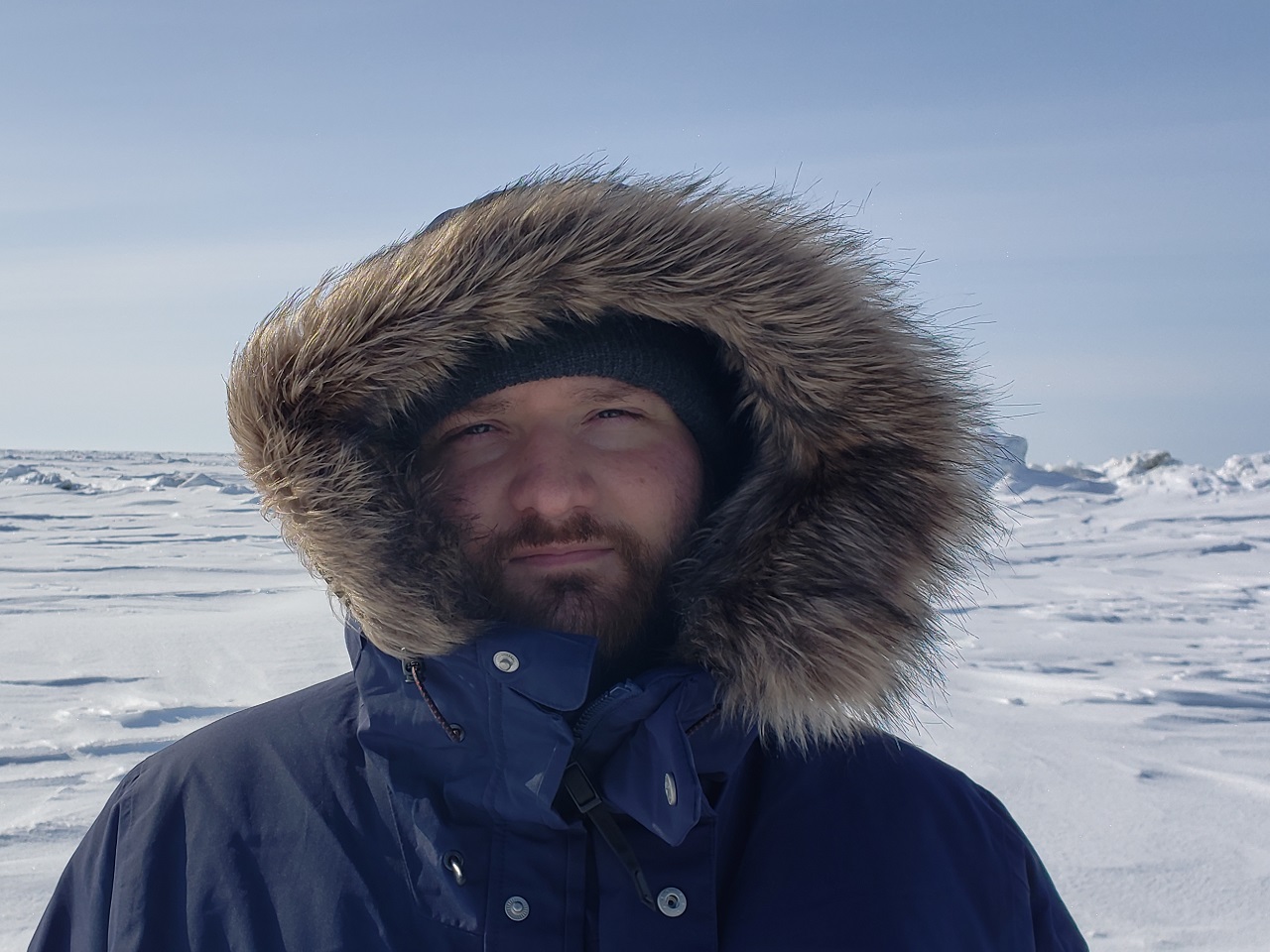 Tom Nordheim is a planetary scientist and roboticist working in the Astrobiology and Ocean Worlds Group at JPL. His research focuses on the surface chemistry and habitability of icy worlds, with a particular emphasis on Saturn's moon Enceladus and Jupiter's moon Europa. This work is carried out using a combination of remote and in-situ spacecraft data, computer modeling and laboratory experiments. In addition to this, he also works on the development of robots and instrumentation for use in cold and extreme environments on Earth. 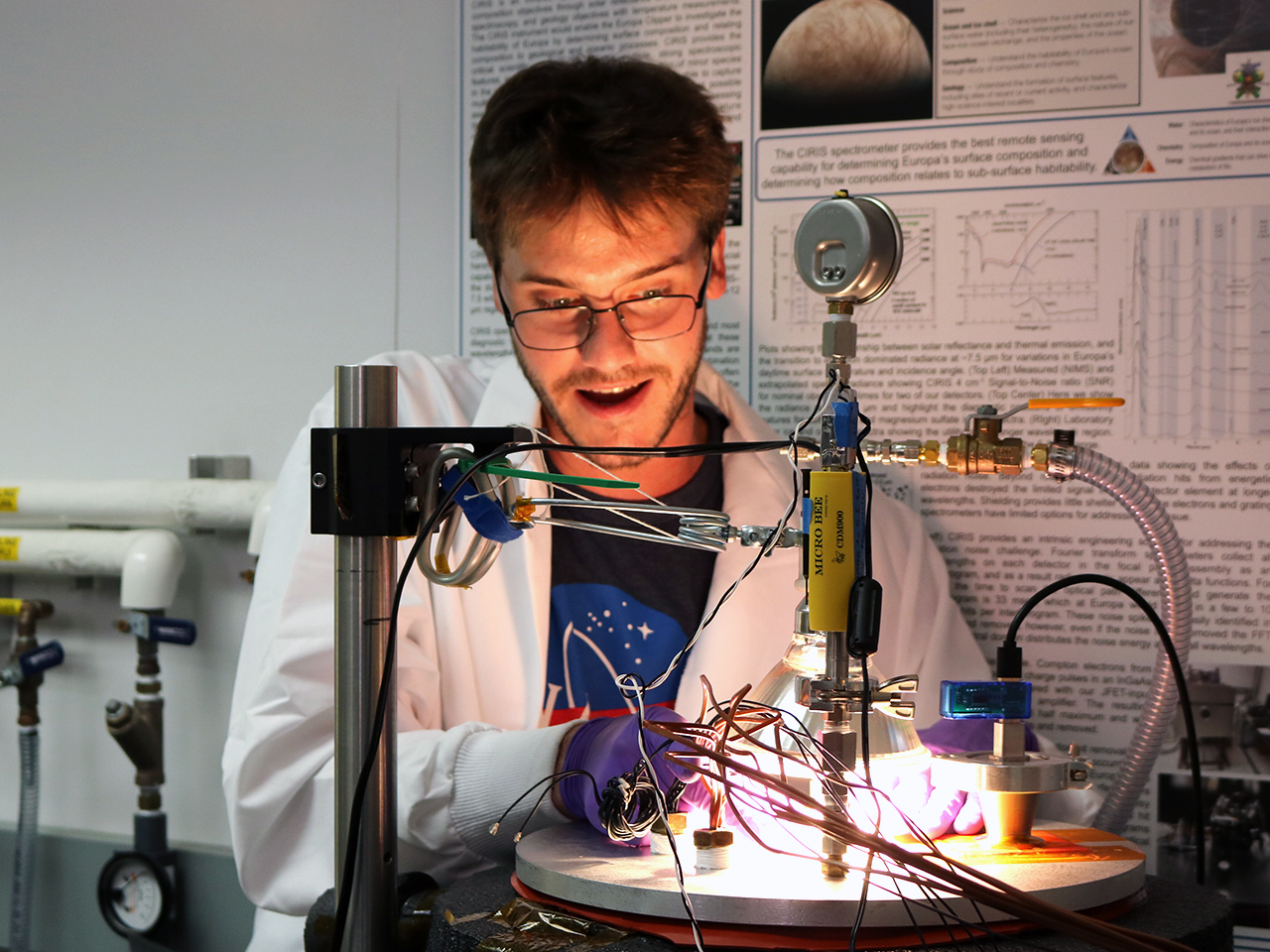 Jeffrey Foster is a technologist working in the Icy and Ocean World Simulation Laboratory, with a hand in various projects and laboratory management. Jeffrey joined the team through a summer internship back in 2012 and has continued on as a JPL employee.

He is a member of the team working on the Europa Penitent Ice eXperiments (EPIX), playing a roll from concept design, assembly, operation, and data analysis. Jeffrey currently manages the day-to-day operations of ongoing experiments in the Stockpot and ARK testbeds. 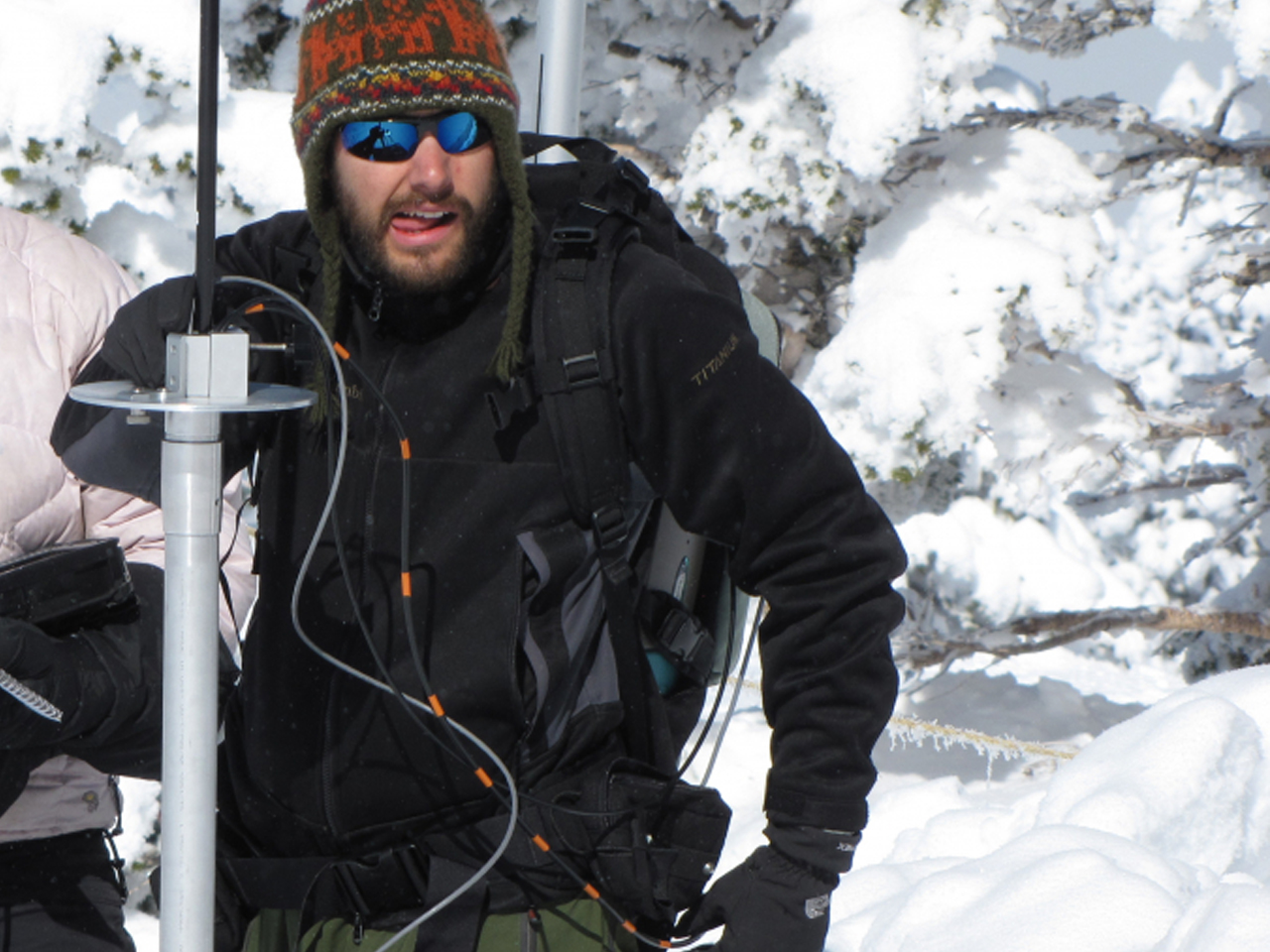 Dan Berisford is a technologist in the Thermal & Fluids Systems Engineering group at JPL, and has worked for the past 8 years developing technology related to extreme environments for icy worlds.  Dan leads the engineering design work for the EPIX experimental apparatus.  His other work at JPL includes terrestrial snow monitoring, high-temperature thermal storage, and robotic field instrument development for icy environments. 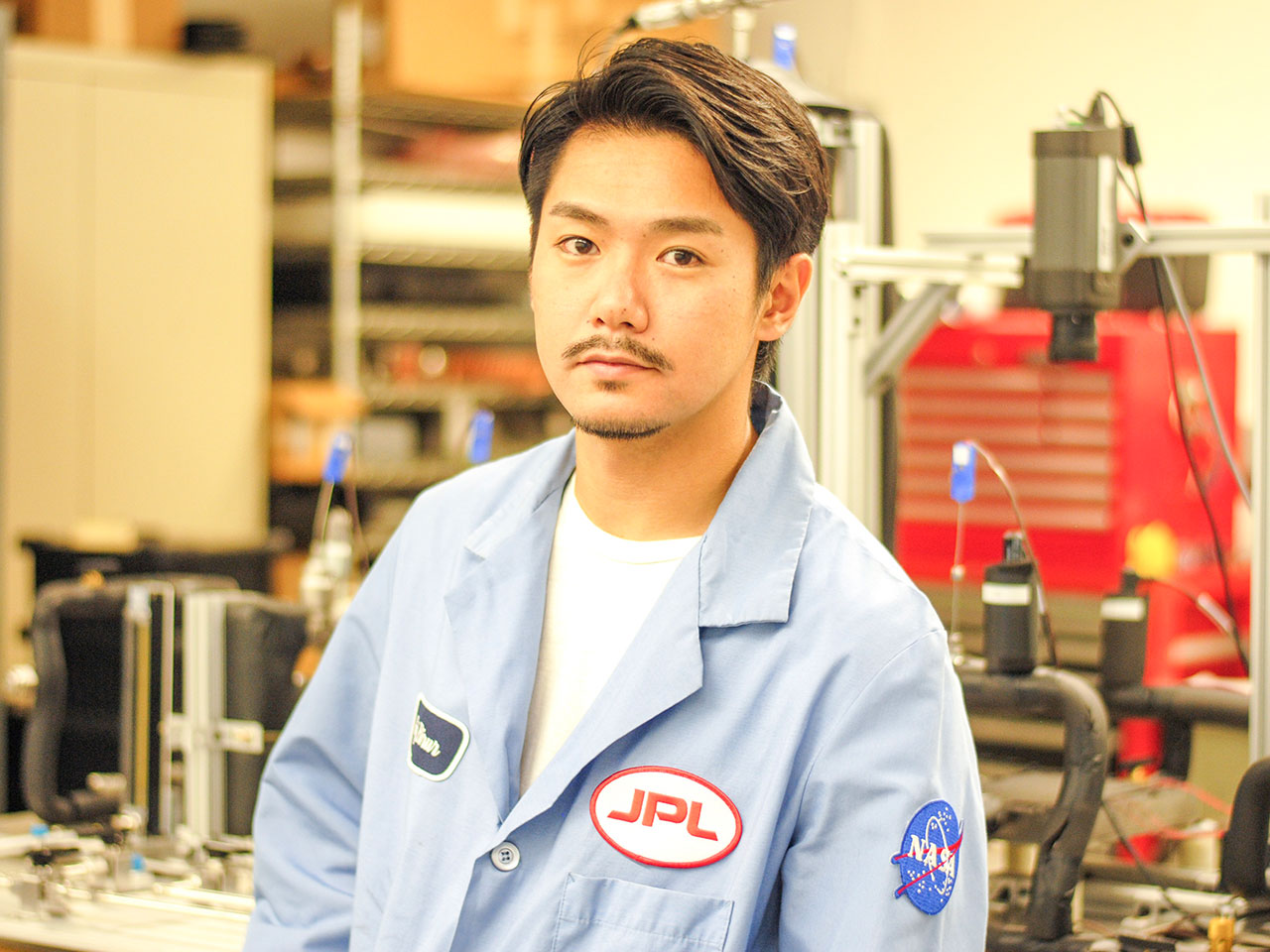 Takuro Daimaru is a thermal engineer at JPL. He is an expert at thermal fluid phase change phenomena. He has contributed to experiment and simulation of ice penitentes in the Ocean Worlds Lab. He also leads thermal design of the robotic arm of Europa Lander for sample acquisition. His other works include development of a 2-phase thermal control system and an Oscillating Heat Pipe (OHP). 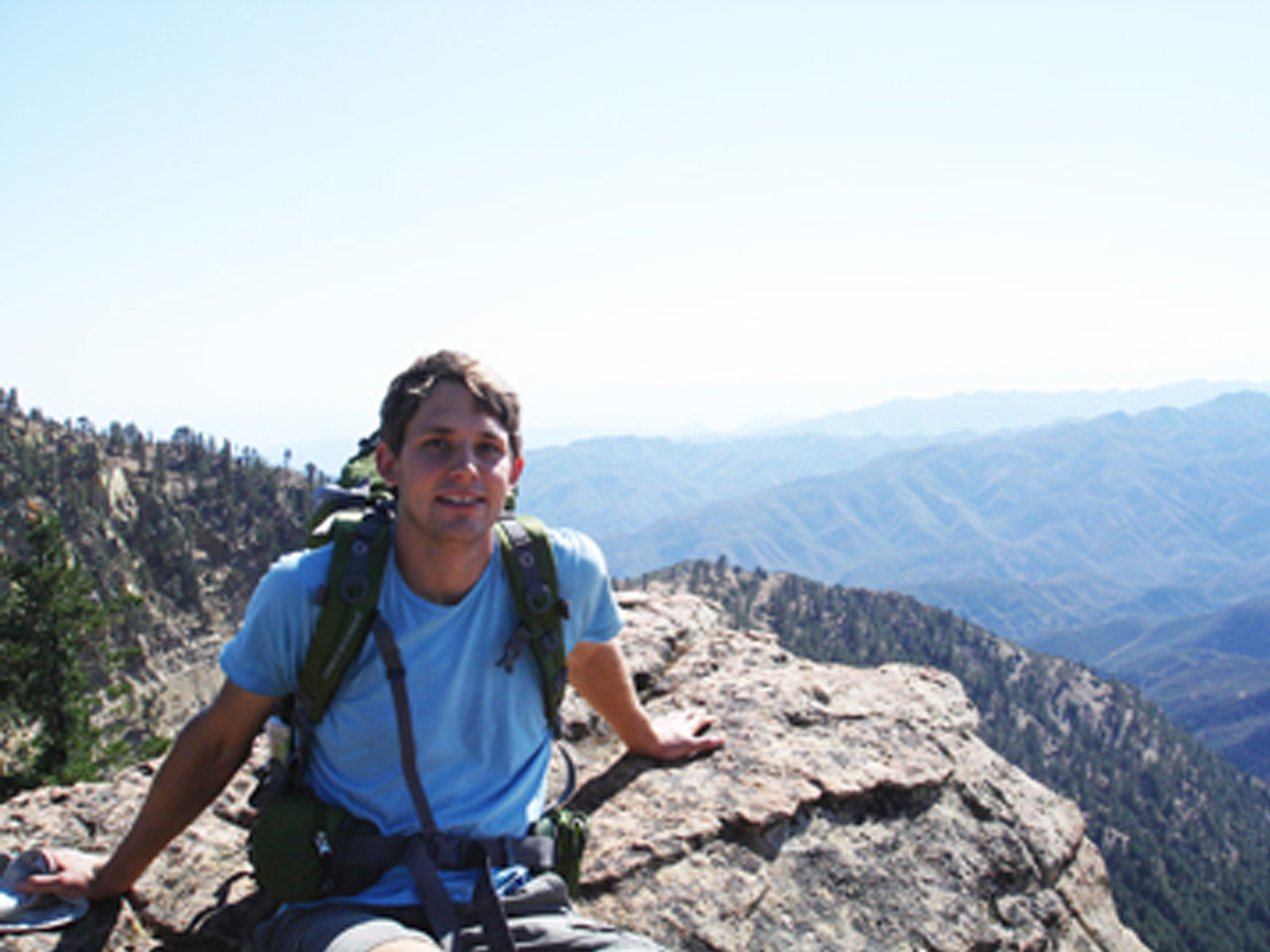 Ben Furst specializes in thermal/fluid systems mechanical engineering and is focused on technology development. In the Ocean Worlds Lab, he has assisted in the development and operation of the ARK and Stockpot environmental chambers used to grow and study penitentes. Other work includes developing a high temperature supercritical thermal energy storage system, 3D printed heat pipes, and a high performance 2-phase (liquid-vapor) thermal control system.

Andy Klesh serves as technical lead for JPL's Buoyant Rover for Under-Ice Exploration, as well as chief engineer for the Mars Cube One (MarCO) mission to Mars. He also is PI of the INSPIRE interplanetary CubeSats, an adjunct professor at Arizona State University where he teaches "MacGyver Engineering", and a lecturer at Caltech teaching "Space Systems" and "Space Electronics". 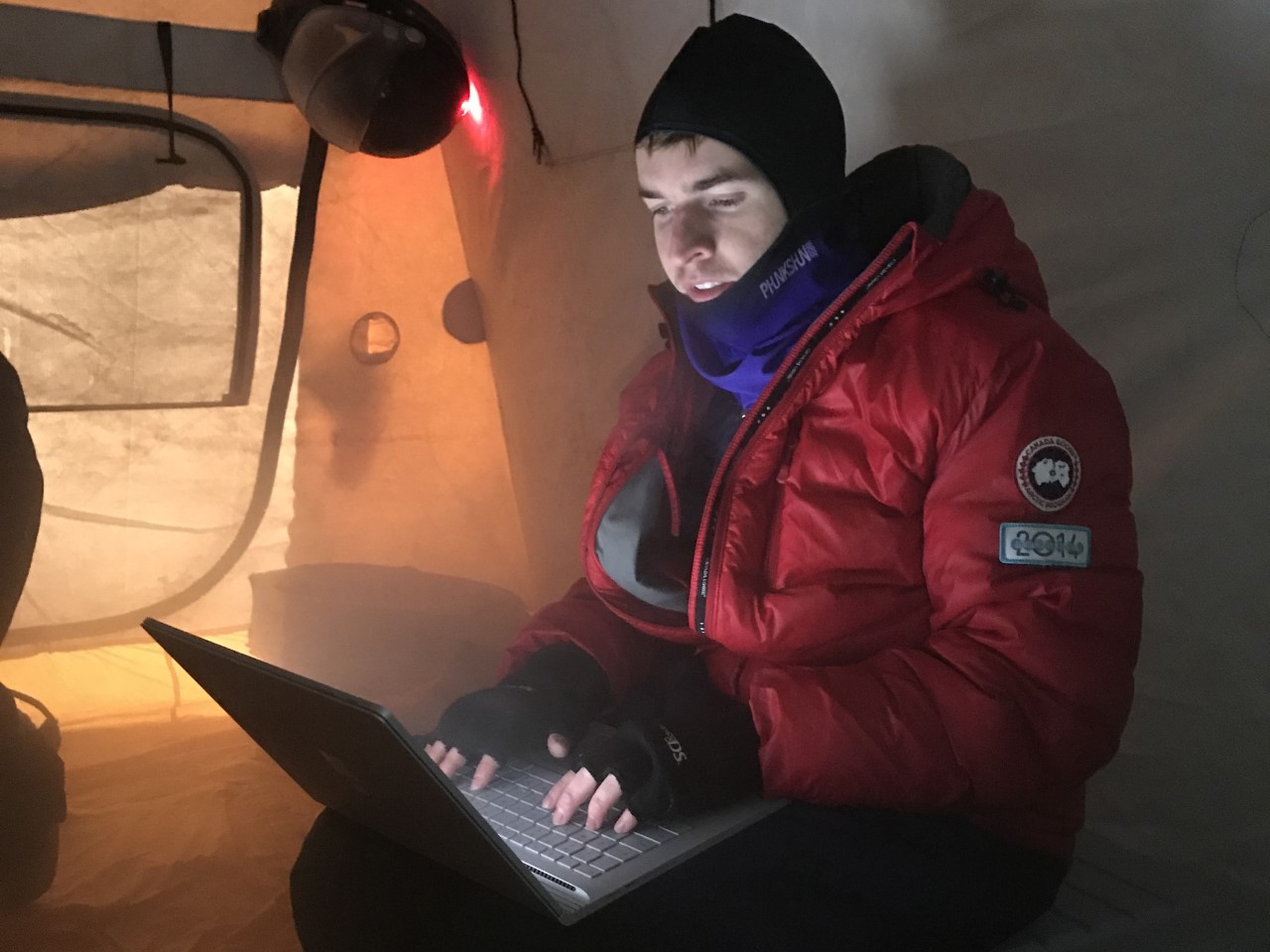 Jacob Kosberg is a software engineer working in the Icy and Ocean World Simulation Laboratory on scientific software for data collection, data analysis, and robotics. Jacob joined the team through a summer internship in 2017 and has continued on as a JPL employee. 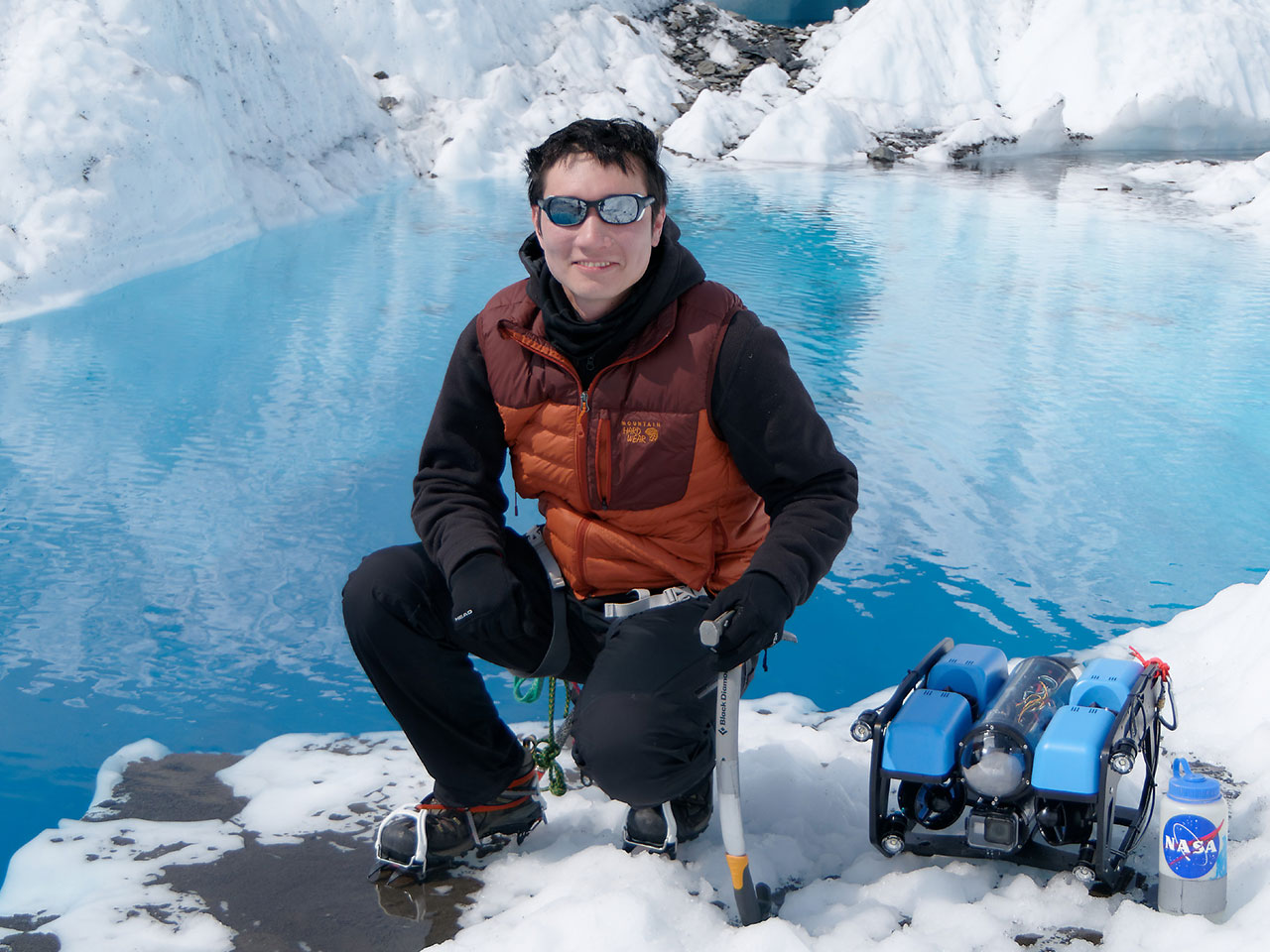 John Leichty has been in the Mobility and Robotic Systems section at JPL since 2007, and has been working on technologies for icy worlds since 2011. He does engineering design across a variety of disciplines for the BRUIE and Hadal Lander tasks. His other work at JPL has included CubeSats, disaster response robots, and lunar rovers.

Interested in working with the Ocean Worlds Lab team? 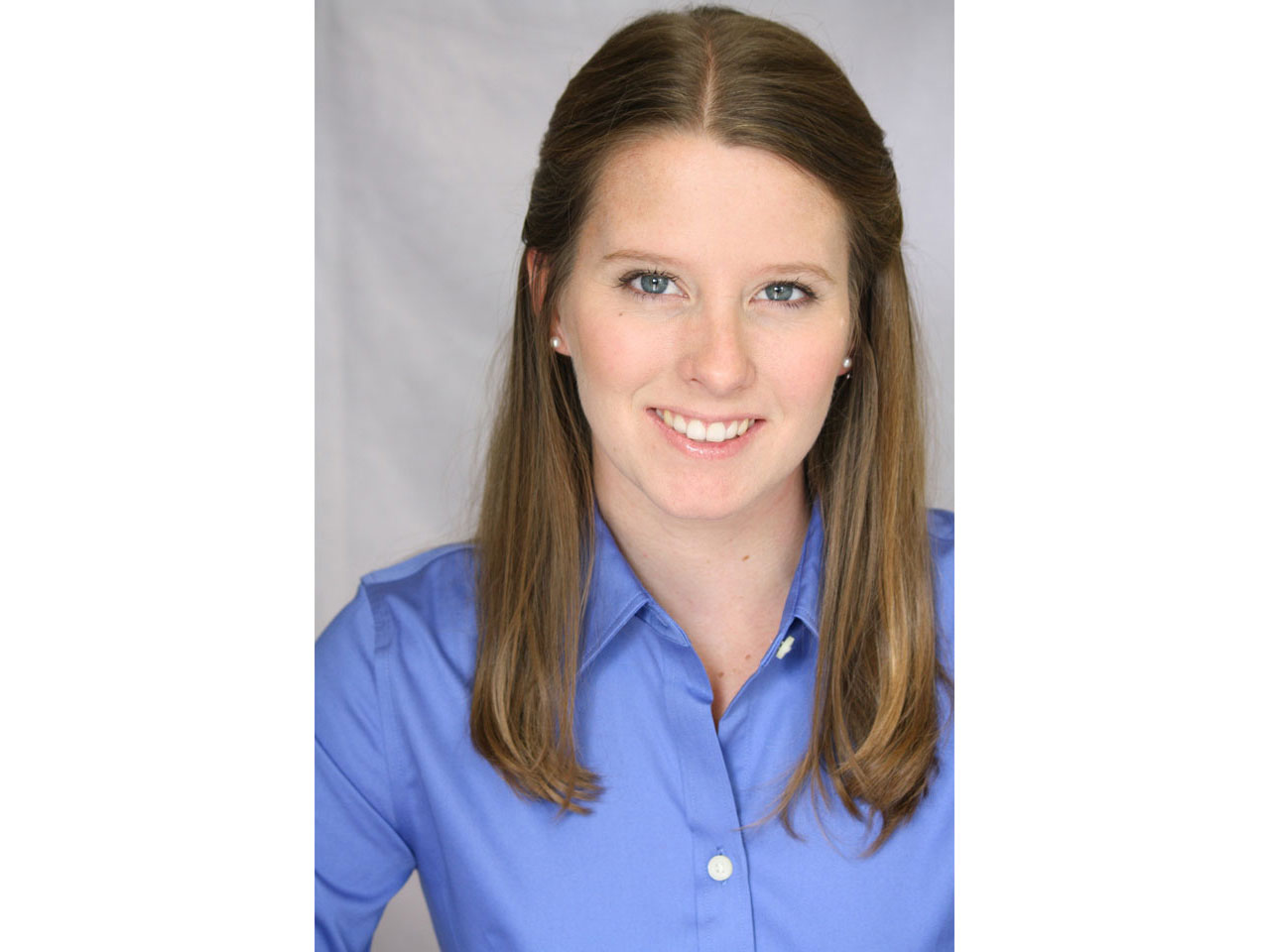 Morgan L. Cable is a research scientist at JPL. She has experience with many types of instrumentation for biomarker detection, both in situ and remote sensing-based and has developed methods to detect bacterial spores, the toughest form of life. Morgan is a member of the Project Science team on Europa Lander and serves as a Payload Systems Engineer for that mission concept. She is also a Collaborator on the Mapping Imaging Spectrometer for Europa (MISE) instrument on the Europa Clipper mission. 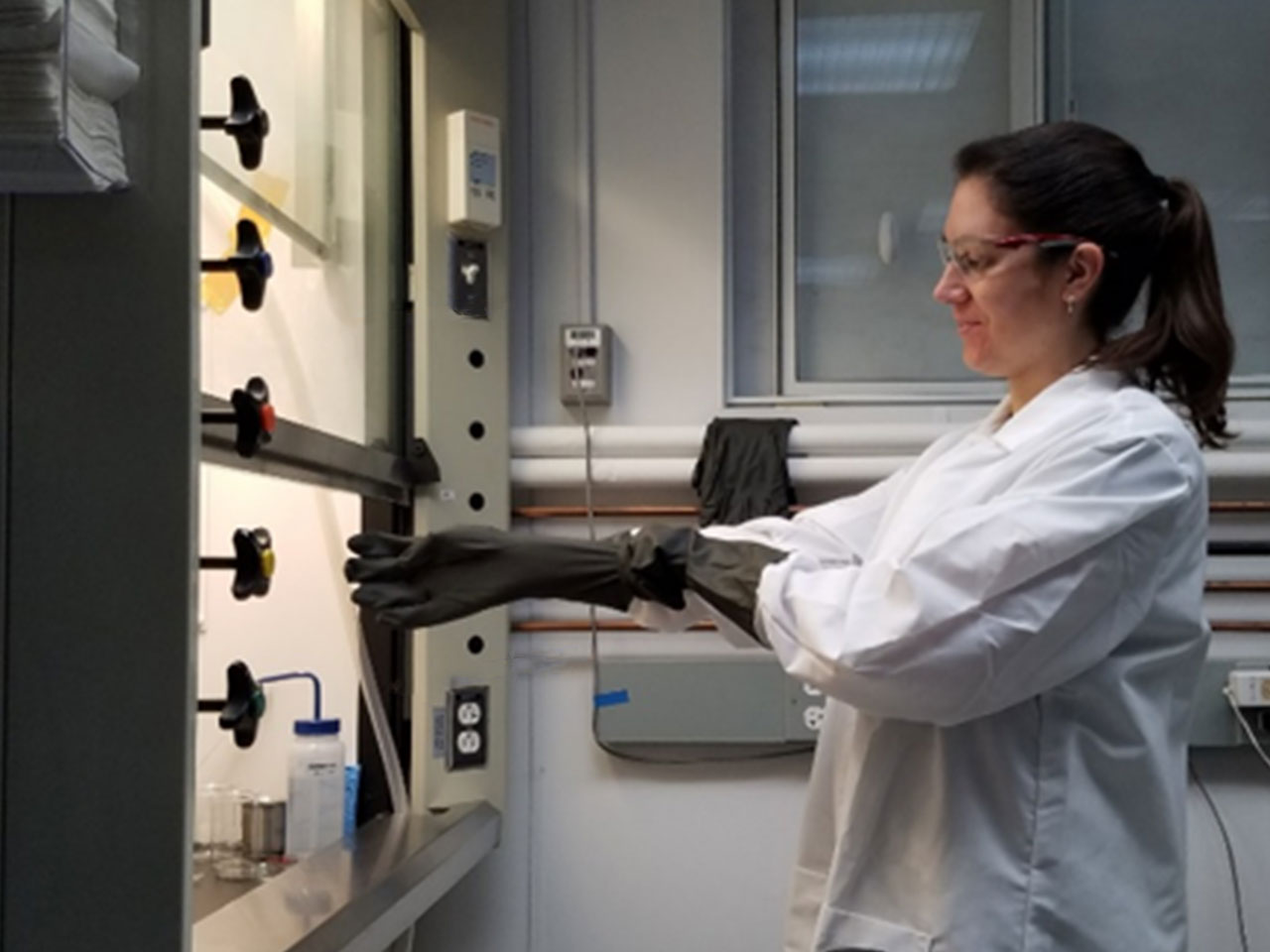 Amy is a geochemist and planetary scientist working in the Planetary Chemistry & Astrobiology Group at JPL. Her research is focused on the physical chemistry of geochemical systems and combines analytical, experimental, and computational approaches to answer these and other questions.

Dr. Cynthia Phillips is a planetary geologist with a focus on active geologic processes on icy worlds of the outer solar system. An expert in image processing and remote sensing, Dr. Phillips has worked with data from the Voyager, Galileo, and Cassini spacecraft, among others. Recent projects have included crater relaxation, regolith formation, and comparing spacecraft-based remote sensing spectroscopy to lab-based results. 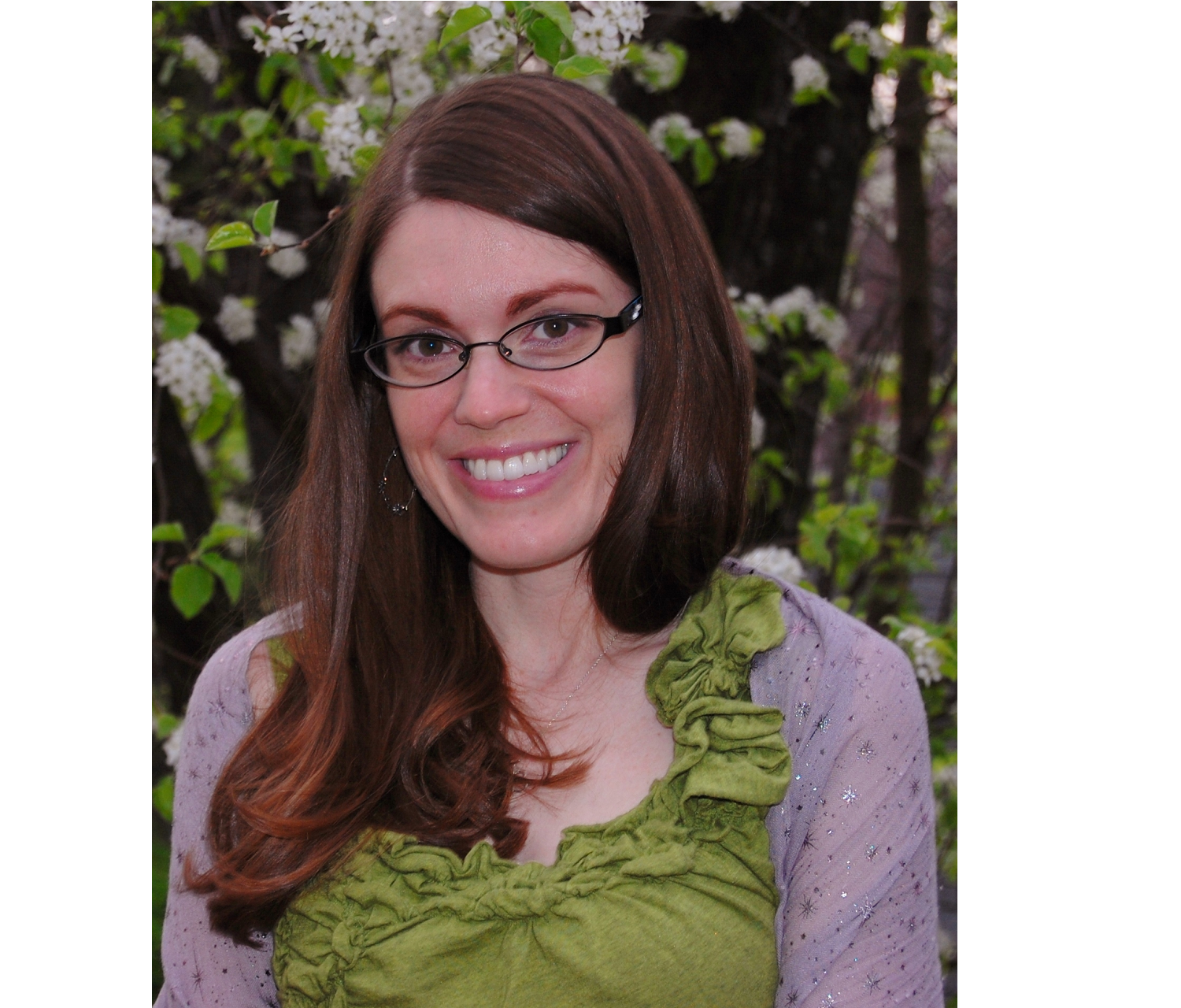 Cindy L. Young began visiting the Ocean Worlds Laboratory during her postdoctoral work on investigating mid-IR surface spectral features of Saturn’s icy moons from the Cassini CIRS dataset, which was a partnership between JPL and Georgia Tech. This project involved analyzing remote sensing data, creating laboratory analogs that match spacecraft data, and investigating how different conditions may alter spectra. Currently as part of this work, she is studying how porosity and various darkening agents influence the mid-IR silicate surface features of airless bodies with a particular focus on the outer solar system. She continues to support these activities, along with her responsibilities as an Instrument Scientist at NASA Langley Research Center. At LaRC, she works on small satellite concepts for Earth Science in various stages of development and is the Science Directorate lead for Planetary Science activities. 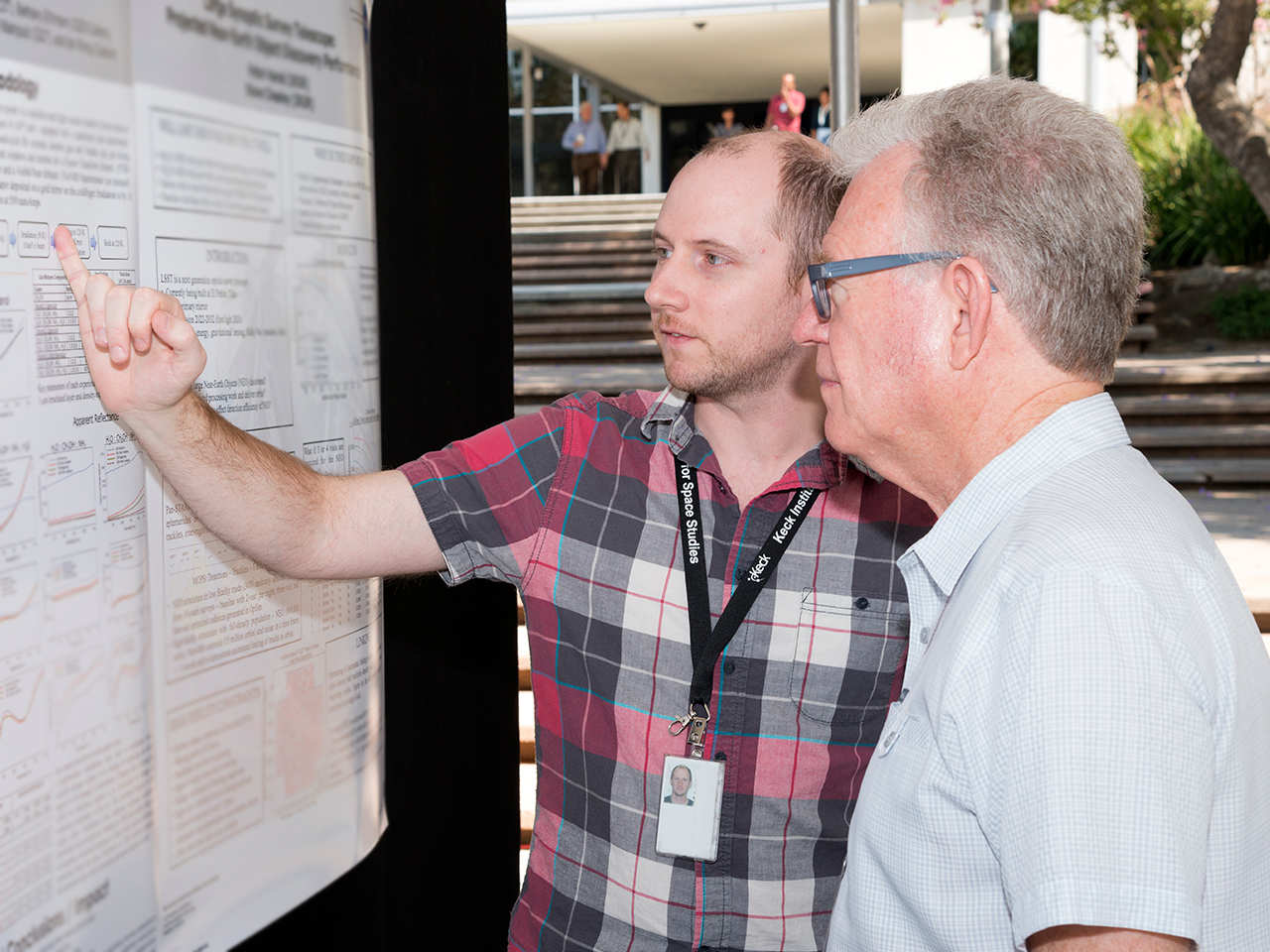 Michael J Poston is postdoctoral alumni of the Ocean Worlds Laboratory. While here he worked on a variety of projects in the lab, including: experimental simulations testing a hypothesized joint history of small Kuiper Belt Objects and Jupiter Trojan asteroids; temporal dynamics of color centers in electron-irradiated sodium chloride; experiments intended to improve interpretation of Cassini INMS data at Enceladus; experiments aimed at assigning the source of a new infrared feature discovered in the Cassini CIRS data; and as part of the team designing, building, and operating the Europa Penitent Ice eXperiment (EPIX). He continues to support these projects from his Research Scientist position at Southwest Research Institute in San Antonio, Texas.

PhD Student at the University of Virginia

Undergraduate Student at the University of Texas

Undergraduate Student at the Pomona College

2017 graduate of the University of the Redlands

Ph.D. student at the University of Michigan

Working at a start-up company in Atlanta, Georgia